You are a registered regular customer of this host, making a booking here will be pre-paid and not part of your monthly invoice.

You can make a post-paid booking from your dashboard here 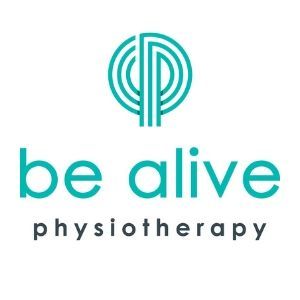 Hosted by Be Alive Physiotherapy

Are you looking for a unique and calming space in the city?

Our beautiful studio is a shared space for holistic physiotherapy / osteopathy / myofascial therapy and for acupuncture / natural pregnancy. The studio is used for one to one consultations and can also be transformed into a space for workshops (10 people max).

This studio is very special. The light, warmth and the birds chirping in the tree nearby take you to another place to fully relax. Everyone coming in mentions the feeling of being so calm the moment they walk in. Our studio has been decorated from the heart with natural elements to make you connect with nature with all your senses.

It is centrally located in West Perth, only 5 min walk from Train City West Station and 5 min walk from Yellow Cat stop. Parking is off the street and it’s free on the weekends.

a. The Studio Manager will arrange for the Hirer to be provided with a key to access the Studio on the dates and times confirmed.

c. The Hirer will have uninterrupted, sole access to the Studio during those set times, including use of the facilities listed in clause 5 below.

d. During the time that the Hirer has access to the Studio, they are solely responsible for the Studio and its occupants.

f. The Hirer must safely return the Key to the Studio following completion of the event and will be responsible for repairing or replacing any damaged keys to the Studio.

g. If a key is lost, the Hirer agrees to replace the lock and all keys to the Studio at their own expense.

a. The Hirer must have a current public liability insurance. A proof of evidence must be shown to the Studio Manager at least 7 days prior to the Event.

b. The Hirer must not do or permit any of their attendees to do anything which would render in any way unenforceable against the insurer any insurance effected by the Studio Manager or the Hirer.

a. The Hirer must report to the Studio Manager any damage to the Studio, the Studio Facilities, or other equipment, sustained during use by the Hirer, or any persons attending the Event immediately upon becoming aware of the damage.

c. The Hirer must pay to the Studio Manager the amount of any revenue which the Studio Manager calculates to have been lost by reason of any damage of the type referred to in paragraph (a) or the repairing and making good of any such damage.

d. The Studio Manager accepts no responsibility for the damage or loss of the Hirer’s guests’ property prior to, during or after an event.

a. Subject to para (b), the Hirer hereby agrees to indemnify, to keep indemnified, and save harmless the Studio Manager, its employees and agents, from and against all claims, demands, actions, damages, costs, losses and expenses of any nature whatsoever (Claims) which may be incurred directly or indirectly by reason of or in relation to the use of the Studio, the Studio Facilities by the Hirer or their attendees, including without limitation, Claims arising out of or in connection with any breach by the Hirer of this Agreement or breach of a third party's intellectual property rights.

b. The Hirer’s obligations in para (a) do not apply to the extent that any Claim arises out of any act or omission of the Studio Manager or any of their respective employees, agents or contractors.

a. During the Event, The Hirer has access to the Studio, including:

b. The Hirer may use the reverse cycle air-conditioner during the Event and will ensure that it is turned off prior to leaving the Studio. The remote for the system can be located on the right hand drawer of main desk.

c. If the Hirer lights any candles, incense or similar, they will ensure that they are safely extinguished prior to leaving the Studio and will clean up any spills or residue.

d. The Hirer agrees to only use the car park allocated to the Studio and ensure all event attendees park on the street or car park nearby.

e. The Hirer will return the Studio to the condition that it was in prior to the Event, including washing any used dishes, wiping floor and surfaces.

f. The Hirer will ensure that the Studio and toilets are properly locked and secured prior to vacating the premises and will be responsible for any loss subsequently incurred by the Studio Manager for failing to do so.

Host's Cancellation Policy
100% refund on cancellations up until 24 hours before your booking. After that, no refunds on cancellation.
Learn more
Parking and Public Transport Information
Space Terms and Conditions

This Space is covered by SpaceProtect

Relaxed but professional meeting room with lots of natural light

Board room and counselling room. Elegant with lots of natural light